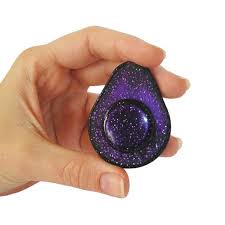 As women we are all aware the menopause is something we’ll have to go through at a certain point in our lives. It’s a natural part of ageing that usually occurs between 45 and 55 years of age, as a woman’s oestrogen levels decline. As a result of this process a woman stops having periods and is no longer able to get pregnant naturally. What most of us often get caught out by is the multitude of symptoms the menopause can cause us at varying degrees, such as:

While many women battle through each day by putting on a brave face for their work/businesses and family lives, it can be a hard and different journey for us to embark on.

A large percentage of women often try to manage and cope with all or some of these symptoms for years with others having to resort and find medical intervention such as a hysterectomy or HRT (hormone replacement therapy). Others have explored alternative natural options such as changes in their diet, exercise regimes or by having complementary therapies such as acupuncture, reflexology or aromatherapy massage, that can offer some natural relief and help reduce stress the menopause can bring.

We here at  Equilibrando – Your Health & WellBeing Balanced Magazine have been lucky enough to be introduced to LadyCare Plus a natural drug free alternative. One of the team members (Florence) has personally been trialing LadyCare Plus for the last six weeks with some amazing results, I wish we had found you sooner on my menopause journey so I could not only have benefited from using LadyCare Plus but also shared my findings with friends and family too.

This static magnetic device LadyCare Plus is used by women to help rebalance part of the Autonomic Nervous System (ANS) caused by a reduction in hormones, primarily Progesterone and Oestrogen that trigger symptoms such as hot flushes and sleeplessness.

It’s a small discrete device that is to be worn 24 hrs a day by removing the main large curved part of the LadyCare Plus and placing it against your body on the inside of your underwear. Then place the small round button on the outside of  underwear to keep it in place. For those ladies that do not wear underwear in bed simply tape the device directly to your skin.

I can honestly say that although I was very sceptical about using LadyCare Plus initially, my hot flushes have virtually disappeared after wearing this device for just a few hours, especially the night sweats, which have contributed to many years of insomnia.

After using LadyCare Plus continually for six weeks now I can see the differences its made to my well-being; I’m getting more sleep, which in turn has reduced my memory lapse, inability to concentrate and generally I now feel happier in myself and more like me again.

Both myself and Florence found LadyCare Plus very easy and comfortable to use and more often than not forgot I was wearing it while continuing with my daily exercise routine or generally getting on with my everyday life. We’ve  personally found LadyCare Plus very convenient to use and think the price of around £45 is a very affordable one to pay when you consider all the other drug free options out there on the market today. For example, an initial session of acupuncture can cost between £50 -80. An added bonus is that LadyCare Plus advise your magnetic device will not lose it’s power for at least five years.

Florence and I would highly recommend LadyCare Plus to all women to trial this device to help combat some if not all the symptoms of the menopause. With its main benefit being its drug free and so easy to use. We’ve spent so much money and tried so many other possible natural ideas to help relieve many of these menopause symptoms including: different herbal teas, herbal remedies, changes in my diet and exercise regime with LadyCare Plus producing the most effective results within a short period of time.

Ladies, if you decide this is an alternative option for you to try yourself to combat your menopause symptoms, you can either purchase your LadyCare Plus directly from their website or from other well known outlets such as Boots or Amazon.

A big nine out of ten from us here at Equilibrando – Your Health & WellBeing Balanced Magazine, thank you. Let’s hope this review reaches many women giving them a chance to try LadyCare Plus for themselves and feel free from the many symptoms the menopause can bring their way.

Please note that as we are all so very individual and react to different products in different ways LadyCare Plus says it may reduce or completely eliminate menopause symptoms in over 71% of women.” This information comes from the results of a survey conducted by Dr Nyjon Eccles of 35 women from the British Association of Women Police.